skip to main | skip to sidebar

Eating books for breakfast, brunch, lunch, dinner, and everything else!

Meg Cabot (born Meggin Patricia Cabot on February 1, 1967 in Bloomington, Indiana, United States) is an American chick-lit author of romantic comedies for teens and adults. She has written under the name Meggin Cabot, as well as the pseudonyms Patricia Cabot and Jenny Carroll. She has written and published over fifty books, and is best known for The Princess Diaries, later made by Walt Disney Pictures into two feature films of the same name. Cabot has more than fifteen million copies of her books — children's, young adult, and adult — in print worldwide. Her website averages about 80,000 unique visitors a month .
(The above paragraph was taken from http://en.wikipedia.org/wiki/Meg_Cabot.)

For more information on Meg Cabot visit http://en.wikipedia.org/wiki/Meg_Cabot. and/or http://www.megcabot.com/!!!

(This piece was taken from http://www.megcabot.com/1800/about.php, and is written by Meg Cabot)
I first got the idea for the 1-800-Where-R-You series-- about sixteen year old Jess, a girl with the psychic power to find missing people--after a friend and I went for a walk one day in downtown Manhattan and got caught in a terrible thunderstorm. We tried to ride out the storm under some metal scaffolding (not very smart!) and of course it got hit by lightning. We were all right, but we both wondered.would we get psychic powers now?
Of course we didn't (darn!) but I couldn't stop thinking about what KIND of powers I could have gotten. The best, I thought, would be the power to find missing people.When I mentioned this to my friend, she groaned, "You're not going to write a book about this, are you?"
I started writing one that day-a book that eventually became WHEN LIGHTING STRIKES, the first book in 1-800-Where-R-You series.
Of course, Jess has another unnatural talent as well.for finding trouble! This doesn't make her too popular with Rob, the hot guy she sits next to in detention, who manages to find trouble all on his own, without her help.enough to get him on probation, which is reason enough to make him determined to stay away from Jess.much to her chagrin.
I set the book in a fictional town in Indiana (you'll notice I never say the NAME of the town in the books). It's based on the town I grew up in, where there were Grits (people who lived in the country) and Townies (people who lived in town), and a lot of prejudice.but also good people who didn't care if you were a Grit or a Townie, as well. While I made Jess a tough girl who gets into fights-I did get detention once or twice for fighting. It's what happens when you grow up with brothers-I, like Jess, did eventually learn that solving problems with your mind and not your fists is ALWAYS the answer.
As with The Mediator, I originally planned 1-800-Where-R-You as an 8 book series. The publisher who bought the rights only wanted 4 books, though, and when those didn't end up selling well, that publisher chose not to buy my proposal for the next four books in the series after the publication of SANCTUARY, effectively ending the series in what I considered the middle of it! I was pretty bummed, as you can imagine.
Eventually the television rights to the series got picked up by one of the producers to The Princess Diaries movies (Debra Martin Chase), and the series ran (as the show "Missing") on the Lifetime Channel for several seasons (though the television series was VERY different from the books, and really had no relation to them at all).
Fortunately, my Princess Diaries publisher said they would publish more of the books in the series if I wanted to write them. And that's how the final book in the series, MISSING YOU, came to be. I'm eternally grateful to HarperCollins for allowing me to finish up the series.
I have no plans on continuing the 1-800-Where-R-You series past five books at this time. I'm happy with where I've left Jess and Rob in MISSING YOU. They've been through a lot! I'd like to let them have a well-deserved rest.
I'm very grateful to all the readers who've stuck by this series. I hope you'll look forward to the new paranormal series I'll be writing in the future!
Love, Meg

(The above piece was taken from http://www.megcabot.com/1800/about.php, and is written by Meg Cabot) 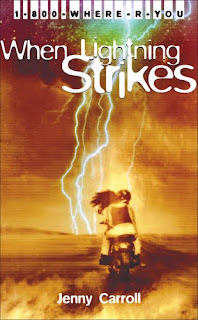 JESS MASTRIANI
was misunderstood by her teachers and had a crush on the local bad boy, but that didn't mean she was trouble. But trouble found her when she survived a lightning strike and discovered that a newfound talent had been bestowed upon her.
Now, whenever she sees a picture of a missing child, Jess knows exactly where he or she is when she wakes up the next morning. Reuniting lost children with their desperate parents is one thing, but Jess must choose whether to use her power for good...or for evil. 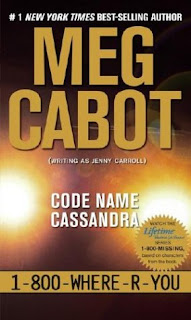 JESS MASTRIANI
was dubbed "Lightning Girl" by the press when she developed a psychic ability to find missing children after she was struck by lightning during a huge storm. Now Jess has lost her miraculous powers...or at least she would like the media and the government to think so. All she wants is to be left alone.
But it doesn't look like Jess is going to get her wish -- especially not while working at a summer camp for musically gifted kids. When the father of a missing girl shows up to beg Jess to find his daughter, Jess can't say no. Now the Feds are on her tail again, as is one ornery stepdad, who'd like to see Lightning Girl...well, dead. 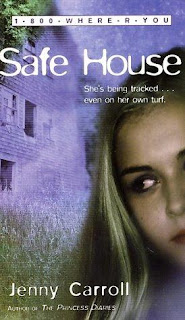 JESS MASTRIANI
was on vacation when Amber went missing. Most people blame Jess for Amber's brutal slaying, but how could Jess -- even with her psychic ability to find anyone, anywhere -- have stopped the cheerleader from turning up dead, without having known she was even missing?
When yet another cheerleader disappears, Jess has a chance to redeem herself. If she can just find the girl before it's too late, maybe Jess will finally have a chance to be part of the in crowd. Except that it's starting to look like being "in" might just get you -- not to mention your loved ones -- killed. So much for popularity. 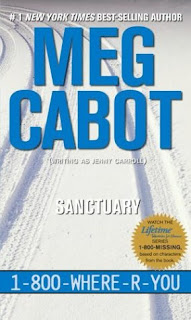 JESS MASTRIANI
Knew she wasn't going to be able to hide her psychic powers from the U.S. government forever. But she never thought that she and Dr. Krantz, the special agent brought in to convince Jess to join his elite team of "specially gifted" crime solvers, would have something in common.
When a local boy's disappearance is attributed to a backwoods militia group, it turns out that Jess and Dr. Krantz have the same goal. Suddenly Jess finds herself collaborating with one enemy in order to stop a far worse one. In an atmosphere of hate and fear, Jess and Dr. Krantz must work together to unite a community and save a life...without loosing their own. 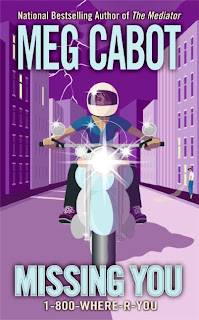 Ever since a walk home on a particularly stormy day, Jessica Mastriani has had an ability like no other. She became known worldwide as Lightning Girl—a psychic who could find the location of anyone, dead or alive. Jess finally had no choice but to embrace her newfound talent, and ended up lending her skills to the U.S. government.
But her work for them has taken a terrible toll, and Jess resurfaces months later a shadow of her former self, her powers gone, Lightning Girl no more. Her only hope is starting over in a new place, a big city where nobody knows her. It's only when Rob Wilkins unexpectedly shows up on her doorstep that she's forced to face her past. Rob, all the way from back home, needs her help. But how can Jess, her powers gone, find anyone, let alone the sister of a man she once loved . . . when she can't even find herself?

Missing You, the fifth and final book in the 1-800-Where-R-You series

You can read can read excerpts of the books on Meg Cabot's website that I will link below.

Anything more you think I should share? Any comments on the book or author? Please let me know in a comment, and I'll try and respond as quickly as possible (on the post, in a comment).

(A/N: All summarys used in this post were taken from http://www.goodreads.com/)

Posted by Hailey Miller at 6:53 AM

Hailey Miller
United States
My name is Hailey or Shadowofwonder47 and reading is my hobby!! Preferably YA books!!